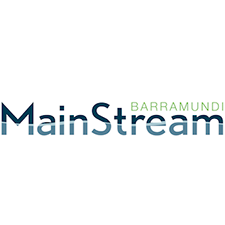 Mainstream employ a recirculating aquaculture systems, or RAS.  An RAS is recognised as the way of the future because of their limited pollution and low demand for space. Furthermore, the water used to grow fish is recirculated through filtering equipment, thus requiring substantially less water (up to 99% less!) than other aquaculture systems. The trade off is the energy demand is slightly higher.

Mainstream discovered that they were able to reduce the number of pumps in each system by reducing the Head the pumps needed to run the filtration system and by Using a Variable Speed Drive to run the remaining pumps at 60Hz rather than the tradition 50Hz.

This freed up infrastructure expansion and reduced the running costs of each system by half. Right Energy Solutions were able to run the remaining motor at 60Hz while still consuming exactly the same power it did running at 50Hz effectively halving the costs when one motor was removed from the system.